May 24th was World Schizophrenia day. On the same day we lost a great person- John Nash, a great mathematician and noble prize winner. For those in the field of mental health, he was the brand ambassador of persons Schizophrenia. He spent more than a decade of his life in various psychiatric hospitals for treatment of schizophrenia He was an example to show that persons with mental illness can achieve in life. May his soul rest in peace. 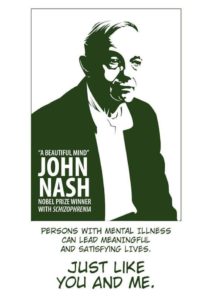 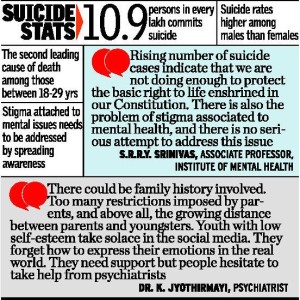 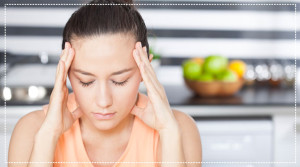 For most people stress goes beyond the usual feeling of anxiety and discomfort. Cortisol, the stress hormone often leads to weight gain and weight loss in people. The constant worry and everyday pressures at work and home can cause mental imbalance in many people, thus leading to a host of health concerns.

Stress can lead to weight gain: Too much cortisol slows down your metabolism which in turn leads to weight gain than you would normally experience.

Indulging in emotional eating: Are you the one who tends to hog on pizzas, pastas, burgers, chocolates, ice cream etc when stressed? A recent survey has established that people who consume high fat meals when they are worried tend to put on an unnatural amount of weight.

Prolonged stress can also affect your blood sugar levels: Says clinical psychologist Dr Seema Hingorrany, “Too much worry can actually make you diabetic and also susceptible to various cardiac diseases, thereby making you put on extra weight.”
Storage of abdominal fat: When one is stressed, the high level of stress is often linked to storage of fat in the abdomen in most people, especially those who have a tendency to put on weight.

Stress can also make you lose weight…
While there are many who tend to put on weight under stress, there are others who shed kilos rapidly when under stress. Unintentional weight loss is possibly the worst way to lose weight. It affects your health in more ways than one.

If you’re having mental health problems, you’re not alone. One in four of us will have problems with our mental health at some time in our lives.

A bereavement counsellor explains what bereavement is, how to cope and where to go for help and support.

Financial problems can put pressure on your relationship. Taking practical action can help ease the strain.

Feel you can’t go on?

If you are feeling overwhelmed and unable to cope, here are the people who can help

Find out how to get back into work if you’ve been off because of mental or emotional health issues.

Duncan Irvine talks about how a last-minute phone call to the Samaritans saved his life.

Addiction: what is it?

Losing someone close through suicide

Guilt and blame are among the feelings people can experience following a suicide.

Talking to children about feelings

If you’re worried about a child you think has a problem, getting them to talk about it can really help.

Why some people have low self-esteem and how it can affect your mental health. Plus simple tips on how to give your self-esteem a boost.

Stopping smoking is good for your mental health

Being smoke-free helps relieve the symptoms of stress, anxiety and depression

‘I used to drink all day’

George Budge knew he had to get help when he realised he was drinking all day, every day.

Psychiatric nurse Lol Butterfield used his experience of depression to advise a character in the ITV soap Emmerdale.