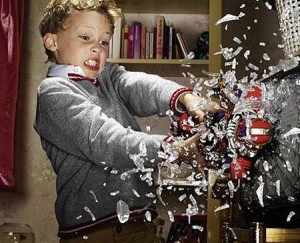 Conduct disorder is a group of behavioral and emotional problems that usually begins during childhood or teenage years. People with the disorder have a long-term and continual pattern of behavior that violates the rights of others or goes against what is deemed normal by society for their age group.

Children who have conduct disorder are often hard to control and unwilling to follow rules. They act impulsively without considering the consequences of their actions. They also do not take other people’s feelings into consideration. If your child has conduct disorder, he or she may persistently display one or more of the following behaviors:

Aggressive conduct may include:

Deceitful behavior may include:

Destructive conduct may include arson and other intentional destruction of property.

Violation of rules may include: